Skin Penetration Study Protocol: this test method has been designed to provide information on absorption of a test substance applied to the surface of a skin sample separating the two chambers (a donor chamber and a receptor chamber) of a diffusion cell. In vivo viable human skin has been used. The skin has been shown to have the capability to metabolize some chemicals during percutaneous absorption. In this case, metabolites of the test chemical in the epidermis and under epidermis may be analyzed by appropriate methods. A quantity of 3000 µg of Nicomenthyl (in Caprylic Capric Triglyceride) is applied to a 0.5 cm2 surface of  RHE (i.e. equivalent to an exposure of 6000 µg/cm2 of the test substance). Temperature must be kept constant throughout the whole test. The absorption of Nicomenthyl during a given time period (24h) is measured by HPLC analysis of the receptor fluid. Furthermore, the distribution of Nicomenthyl and its main metabolite (Niacin) in the test system and their absorption profiles are presented in appropriate graphic formats at intervals of 15 min, 30 min, 1h, 2h, 4h, 8h, 24 h after application. 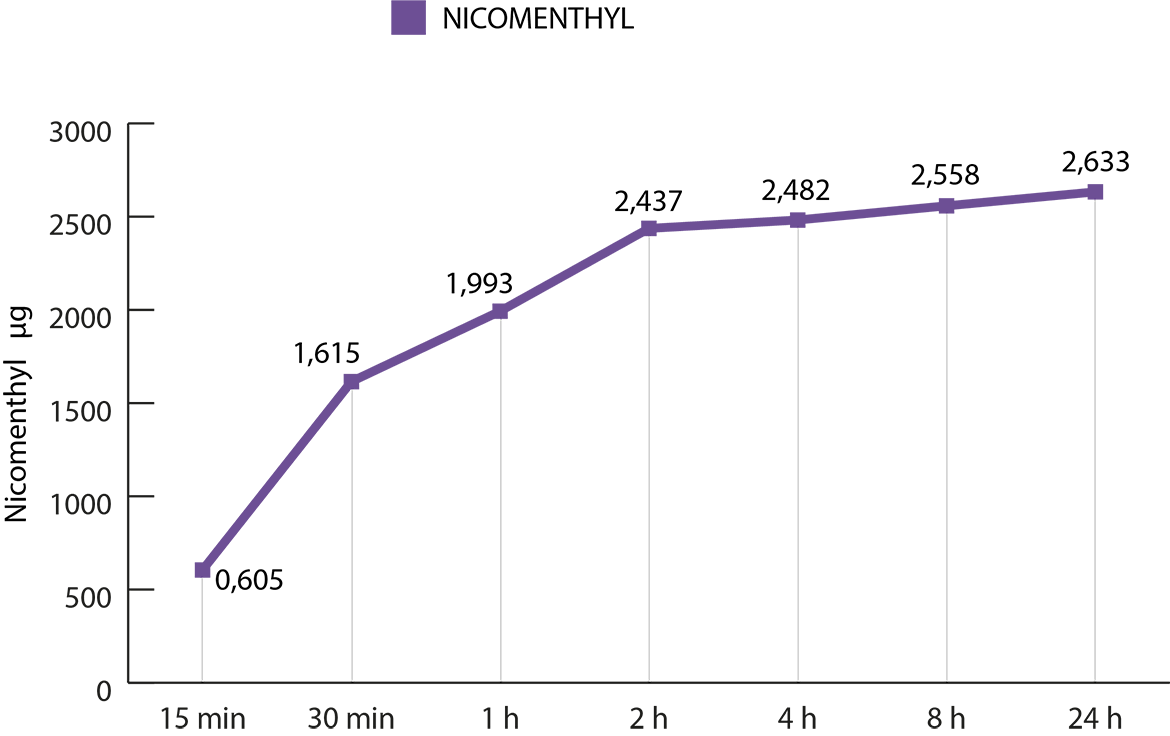 A quantity of 3000 μg of Nicomenthyl was applied to a sample of RHE (in vitro Reconstructed Human Epidermis). A very high rate of penetration through the stratum corneum was observed, reaching an amount of 53.8% of the applied dose in only 30 minutes. The whole process of absorption and hydrolysis into its two components, Menthol and Niacin, gets practically completed in a period of 24 hours after application.

*Cfr.: ABSORPTION OF SOME ORGANIC COMPOUNDS THROUGH THE SKIN IN MAN - Robert J. Feldmann, Howard J. Maibach.
The Journal of Investigative Dermatology – © 1970 The Williams & Wilkins Co. 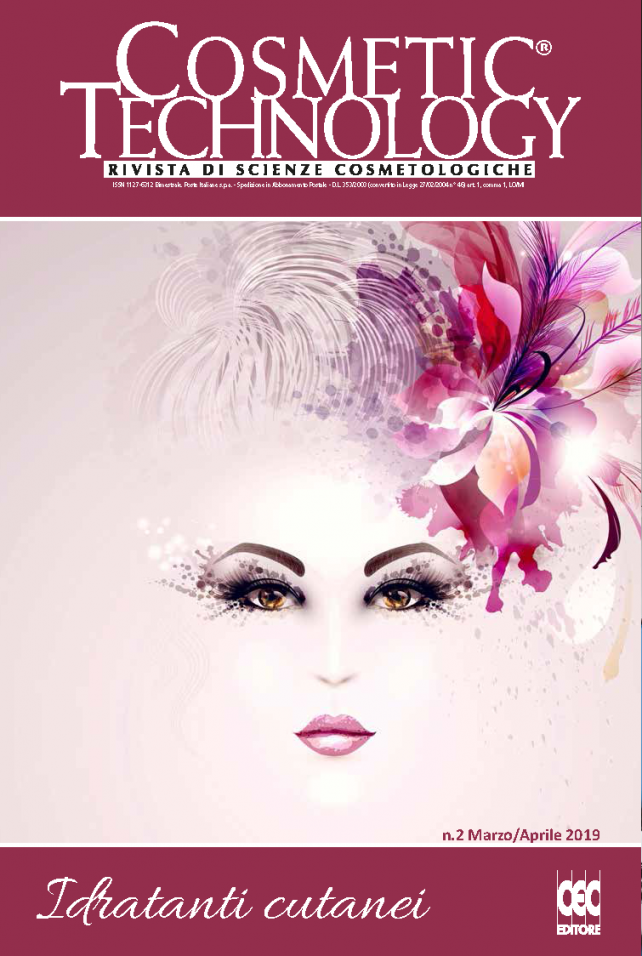